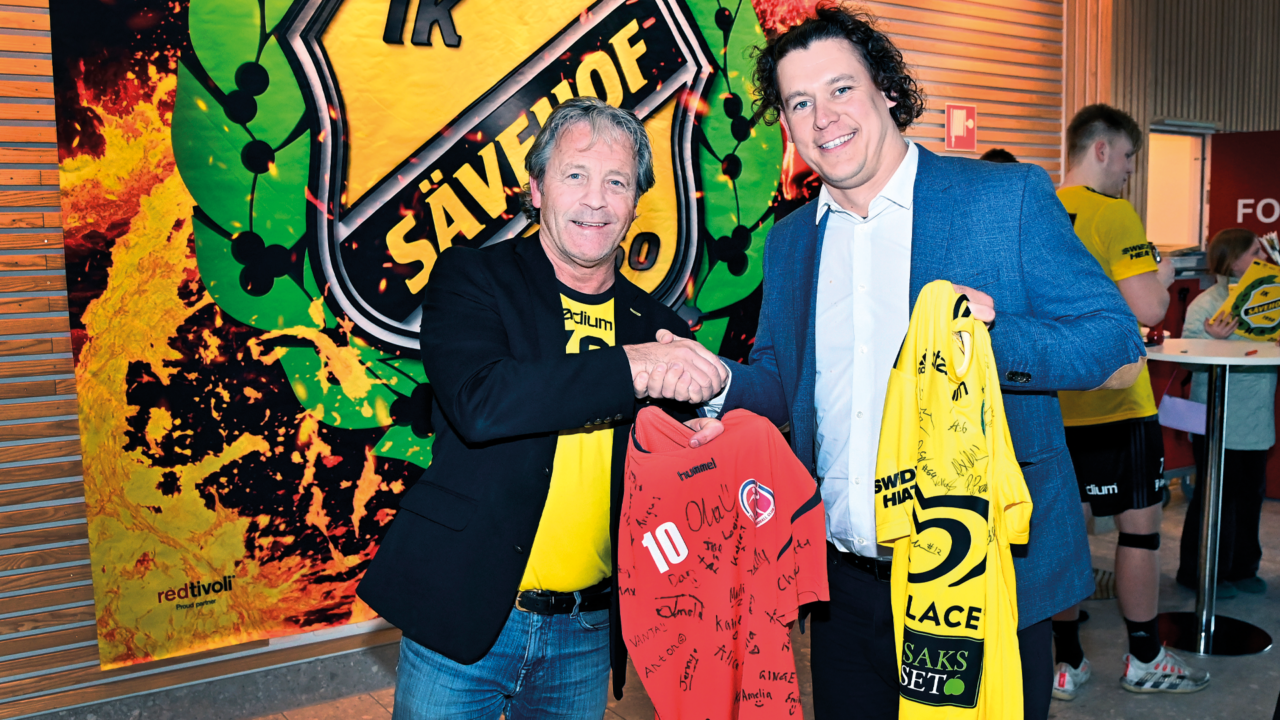 MANCHESTER – ENGLAND and PARTILLE – SWEDEN
– Collaboration between Trafford Handball Club and IK Sävehof.
On Saturday 26th of March, Trafford HC and IK Sävehof made an agreement to co-operate in the coming seasons. The Club Manager of Trafford, Mr Stan Belinski, visited IK Sävehof for three days, hosted by Club Director, Mr Stefan Albrechtson, to get an overview of various activities of Sävehof.

Trafford Handball Club, established in 2018, one of the fastest growing clubs in the UK:
· Thanks to the cooperation with schools in the region, reaching over 2000 children on a weekly basis
. Winner of England Handball National Championship in 2019 (U14 Boys)
Academy:
. 150 players, 6–12 years
· 40 players, 12–14 years
· 40 players, 14–16 years
· 25 players, 17–19 years
· 20 women’s team players
· Teams playing in Regional & National Leagues
· 20 volunteers working on a regular basis
· Professional and experienced coaching staff – Former international handball player with more than 20 years of experience. Appointed Olympic Coach for the men’s Olympic squad in London 2012, with 40 years in handball behind his belt
· Organizing handball summer camps abroad

Quotes:
Stan Belinski: “I believe this is a beginning of a great and fruitful cooperation that will be beneficial for both clubs and countries going forward. Mark my words, we are just getting started”
Stefan Albrechtson: “In a 5 to10 years period we believe Trafford HC can make a breakthrough for handball in England. It seems that the club has serious ambitions and will make difference in the development of our sport. Sävehof wants to be a supporting partner in the progress of English handball.

"Welcome aboard," wrote Gwardia Opole, confirming the loan of Noa… [...]